Here in America, November is a time when we give thanks. This tradition goes back to one of the founding groups of our country, a religious group called the Pilgrims, who after they barely escaped mass starvation, got together with the American Indians who helped them learn to farm and gave thanks. It’s halfway a harvest celebration, halfway a religious observance of thankfulness, halfway an excuse to eat WAY too much traditional food, and halfway the bringing in of the Christmas season.

Other countries have similar holidays, but perhaps in an attempt to ward off premature Christmas spirit, we’ve taken to focusing on thankfulness for the whole month of November!

But books, too. There’s a couple of books I’m thankful for this year, and every year. 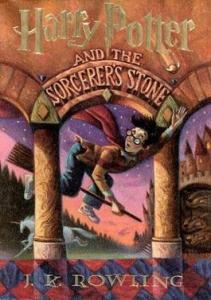 While this might seem obvious to some of you, I can’t even begin to express all the reasons I’m thankful to J.K. Rowling for writing the Harry Potter series. If it weren’t for HP neither my brother or my mom would be people you would describe as “readers”. I was heavily involved in the HP fandom back when Pottermore was in its heyday, and I made some really good friends that way.

And, of course, Harry Potter changed who I am as a person. I learned so much from those books, and I grew so much while reading them. I’m especially thankful that Harry Potter was popular during my formative years, because I got the opportunity to read them when they were still new and popular, but while I was still impressionable enough to be shaped by them. There’s so much research out there showing how kids who read Harry Potter are more accepting and empathetic toward those who are different.

Everything by Rick Riordan

As a teacher, I’m so thankful that Uncle Rick is continuing to write books that kids enjoy and look forward to reading, but that are at a harder reading level than Captain Underpants or Diary of a Wimpy Kid. I also appreciate how his books challenge how kids see the world. Much like Harry Potter, there is so much to be learned about acceptance of yourself and others from Rick’s books. My kids with learning disabilities, dyslexia, and ADHD identify with Percy and his friends, and can learn so much about how their struggles aren’t weaknesses, but strengths.

Plus, again, fun reading. I’m hoping to re-read the original Percy Jackson series while I’m on maternity leave in 2018!

While not the first piece of classic literature I read, Pride and Prejudice is the first classic I remember falling in love with. It inspired me to read other classic novels, and that’s become my favorite genre. I love the old fashioned romance and sense of humor, and I love how so many different people are able to identify with the characters. There’s something universal about Darcy and Elizabeth, isn’t there?

And there have been so many amazing adaptations over the years! I don’t think I’m alone in enjoying some of those almost as much as the original. The Lizzy Bennett Diaries, anyone? 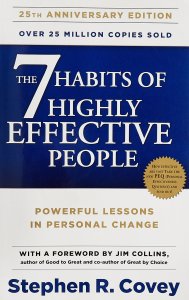 Maybe it’s a little inaccurate to say I’m thankful for the 7 Habits book, since I didn’t even make it through the first chapter. But I am beyond thankful for the Covey foundation and the training in the 7 Habits I’ve received. Habit 1 alone (being proactive) has literally changed my life. I am making such huge progress both in mental health and interpersonal skills. I love being part of a school that allows me to share all of this with my students, and I can’t wait for my kids to be old enough for me to share it with them. If all kids learned what my students are learning, the world would undoubtedly be a better place. 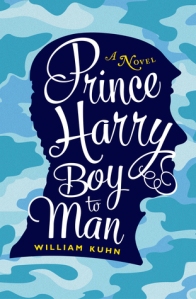 This was my first ever ARC! While I don’t really have any plans to be one of those book bloggers who reads tons of ARCs or even exclusively ARCs, having read the couple I’ve had the chance to read has been very exciting. Prince Harry was especially exciting for me because I was contacted directly by William Kuhn based on a review I’d written of his first novel, Mrs. Queen Takes the Train, which I absolutely adored. I’m very thankful to have been involved in the release of his book. I really enjoyed it (it’s still in my Top 10 of 2017!), and if you like laughing or the royal family, you should give it a try.