Percy looked around the Great Hall awkwardly. He didn’t belong here. All of these kids, they’d grown up knowing who they were. They were more powerful than him, they probably didn’t all have ADHD, the probably knew what the heck they were doing. But Percy didn’t.

Percy didn’t even know what he was doing here. His mom hadn’t explained anything, she’d just hurried him onto the mysterious red train on a platform Percy couldn’t even see almost moments before. He guessed it had something to do with his dad, but he’d never met him.

Whatever, at least he was away from Stinky Gabe. There was no way anyone here was as bad as Stinky Gabe.

Feeling reassured, he stood up a little straighter. He would make his mother proud. Whatever challenge Professor McGonagall was about the place before him, Percy would face it as best he could. As long as they didn’t ask him to read anything… Gods forbid.

I’ve put off sorting the Heroes of Olympus, despite it being the only book anyone has ever requested, specifically because I was worried that everyone would just end up in Gryffindor. Because, I mean, they’re heroes. Seriously, where else would I put Percy? Seaweed Brain wouldn’t fit in Ravenclaw (seriously, his utter lack of basic vocabulary is frankly embarrassing) and he doesn’t have an ambitious bone in his body. One could make the argument for Hufflepuff, except for that he’s pretty lazy. This is a no-brainer.

A daughter of Athena and the protege of Daedalus could only go in one house.

Grover continued searching for Pan long after the other satyrs had given up hope. He is rewarded for his steadfast loyalty by finally, after thousands of years, finding the first clue. He steadfastly continues his search, never giving up. 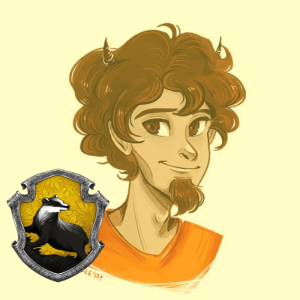 Hm! On the one hand, Tyson is a very loyal friend and brother, even when everyone else scorns him. But, on the other hand, he is the bravest of the Cyclops. Hat-stall! 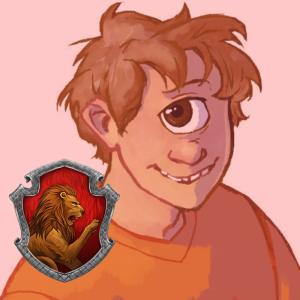 Like Percy, there is only one logical place to put Thalia. She puts herself at the front of the danger, even sacrificing her own life to help her friends to safety. She jumps into battle without always considering the dangers, and she is a ferocious warrior.

Nico is interesting. I don’t want you all to think I’m lazily sorting him based solely on his parentage. Nico is sly and cunning. He can play both sides without letting either know that he knows the others. In the original series in particular, he changes sides several times to serve his own ends. And while in the end he ends up a bit of a hero, he prefers to keep behind the scenes, manipulating others to do what he wants them to do.

If Rachel doesn’t remind you of Luna, then I have to question your judgement. She’s smart, eccentric, and a believer in all things weird.

Another hero. That’s what defines Jason. He’s brave, a leader, and does what is RIGHT. 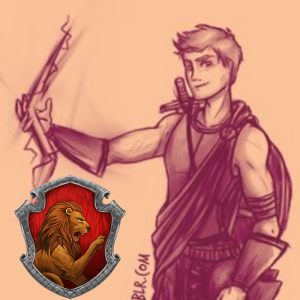 Piper is the anti-Slytherin. She actively avoids fame and glory, having experienced all the bad that comes with it. And yet… she is willing to do anything to get what she really wants. She is willing to put her friends in danger if it means saving her father. She keeps secrets, even when she know she shouldn’t. She’s brave, but she’s a reluctant hero. And her Charmspeak could only go in one house.

Oh man! I am so proud to have Leo in my house! This guy might be an idiot sometimes, but he’s a total genius. While a different kind of smart from Annabeth, he might be even cleverer than her. He can make literally anything, and can think on his feet in tough situations.

It’s hard to be sure where to put Hazel. I guess I’m going to sort her based on her fierce loyalty. Loyalty to her mother, loyalty to her horse, loyalty to her past, loyalty to her friends, even friends who are long gone. Her loyalty cannot be overcome by doing what is right, she can only think of what will keep those she loves safe.

Frank is also loyal. He’s a reluctant hero, only finally doing whatever it takes when his friends need him the most. It’s his relationships with his friends at Camp Jupiter that define who is he and what he stands for. 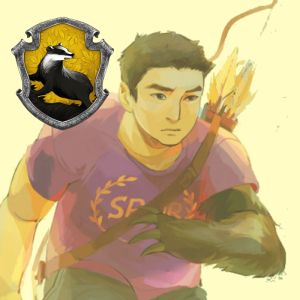 Reyna is not hard to sort. She definitely has a taste for power, first working with Calypso and then rising through the ranks at Camp Jupiter. Initially she doesn’t want to work with the Greeks because she wants to look out for her people, not risk their necks for “the greater good”.

So I guess in the end this wasn’t all Gryffindors. Well, look-y there! Are there any other books you would like to see featured? Let me know in the comments!