This version of the Bennet family and Mr. Darcy is one that you have and haven’t met before: Liz is a magazine writer in her late thirties who, like her yoga instructor older sister, Jane, lives in New York City. When their father has a health scare, they return to their childhood home in Cincinnati to help and discover that the sprawling Tudor they grew up in is crumbling and the family is in disarray.

Youngest sisters Kitty and Lydia are too busy with their CrossFit workouts and Paleo diets to get jobs. Mary, the middle sister, is earning her third online master’s degree and barely leaves her room, except for those mysterious Tuesday-night outings she won’t discuss. And Mrs. Bennet has one thing on her mind: how to marry off her daughters, especially as Jane’s fortieth birthday fast approaches.

Enter Chip Bingley, a handsome new-in-town doctor who recently appeared on the juggernaut reality TV dating show Eligible. At a Fourth of July barbecue, Chip takes an immediate interest in Jane, but Chip’s friend, neurosurgeon Fitzwilliam Darcy, reveals himself to Liz to be much less charming. . . . And yet, first impressions can be deceiving.

This was, hands down, my least favorite version of Pride and Prejudice I have ever encountered. However, like so many books I’ve read in 2017, I found that when I just stopped expecting it to be P&P, I actually rather enjoyed it.

END_OF_DOCUMENT_TOKEN_TO_BE_REPLACED

I saw this tag at RiverMoose Reads, and I thought it was just so much fun. I don’t think it’s a secret how much I just loooooovvvveee Pride and Prejudice. In light of my current read, Eligible, and P & P modern re-telling, I thought this seemed like an appropriate tag for me to do this weekend. 🙂

While Mr. Bennet silently reads in the study, and Mrs. Bennet’s tales of woe can be heard from miles away, you spend a lovely afternoon in the garden with your dramatic and doting sisters. What is a favourite novel of yours that features a strong sibling relationship?

Other than the obvious choice of Jane and Elizabeth? 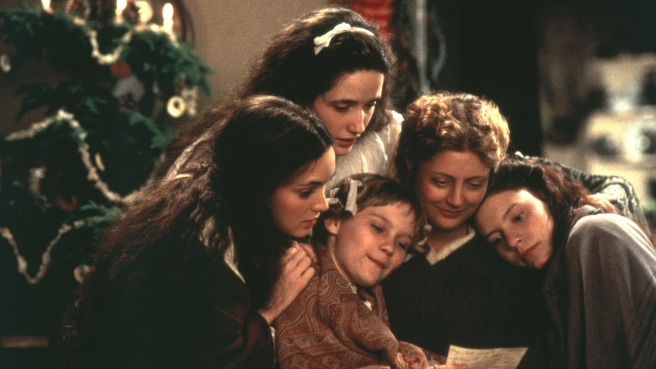 I love Little Women. The Marches have such an interesting and unique family dynamic. I love how even though all of the sisters are different, they celebrate each other for their individuality, and that’s what makes them stronger and able to make it through the hard times. And while, yes, there are some sisterly spats, jealousy, and growing pains, the Marches really love each other. Such a special book. END_OF_DOCUMENT_TOKEN_TO_BE_REPLACED