So it has come to my attention over the course of the past year that there are people who actively avoid reading unfinished series.

This is something that would never have even occurred to me. Possibly in part because I got hooked on the Animorphs series in the 4th grade, and the author didn’t finish it until I was in sixth, so I guess I’m just used to waiting. I also grew up waiting on Harry Potter, so there’s that too.

But mostly I don’t even bother to find out if a book is even a part of a series before I start reading. I pretty much assume anything is either a stand-alone or a part of a never-ending-mega-series-that-I-will-never-finish until told otherwise. Finding out how many books are in a series is so far removed from how I pick books that I would never have even considered that.

So I was a little shocked the first time I heard this. Not because I was appalled or anything, just because I’d never thought of it and it’s kind of weird to me. But over the last year I’ve just come to accept that there are people out there who won’t read a book unless they know the whole series is available to them.

And as I sit here, twiddling my thumbs and waiting for the conclusion of The Kingkiller Chronicles which may never come, I have to say, It kind of makes sense. But, at the same time, it kind of makes me feel icky all over. So, like I do, I thought I’d make a pros and cons list. END_OF_DOCUMENT_TOKEN_TO_BE_REPLACED

I always like a good cliche, and this tag is full of them! Thanks to The Orangutan Librarian for tagging me!

Actions Speak Louder Than Words
A book that wasn’t or couldn’t be better than the movie.

This question comes up a lot, and I always choose the same 2 or 3 books, so let’s do something different this time! The Princess Diaries is a book that I really liked as a young teen, but compared to the movie is awkward and lame. The characters are so much more likable in the movie! 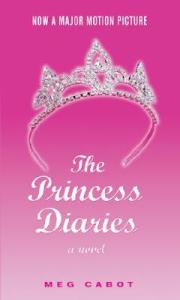 Haha, can I choose The Princess Diaries again? In all seriousness, Thomas Cromwell is the original pull-yourself-up-by-your-own-bootstraps guy, so Wolf Hall is a great example! I’m so nervous to see what happens to him in the third book, whether he’ll fall back down to rags. And I know I could just look it up, but I don’t want to spoil the book for myself! END_OF_DOCUMENT_TOKEN_TO_BE_REPLACED

It should be a surprise to no one that I’m choosing The Lord of the Rings. I mean, favorite book, obviously favorite trilogy. Do I need to say any more? END_OF_DOCUMENT_TOKEN_TO_BE_REPLACED

Because if you know me, you know that I have lots of unpopular opinions, and I really enjoy sharing them. Especially when I’m right. 😛

Saw this one on thebookcorps and I couldn’t resist tagging myself. Because I can never get enough of unpopular opinions. Also, I agreed with every single one of hers, so they can’t be THAT unpopular! Check out Laura and her blog, always a good read.

A Popular Book or Book Series You Didn’t Like

Guys, I don’t like The Mortal Instruments. They’re stupid, and childish, and not even particularly well-written. Which is too bad, really, because I can usually get behind anything that involves the slaying of evil creatures. Also, I couldn’t get past how much I hated all the characters’ names. END_OF_DOCUMENT_TOKEN_TO_BE_REPLACED