So when The Orangutan Librarian tagged me on this one I pretty much freaked out and left several all-caps comments in a row. My silent fangirling puts the gifs of the internet to shame. I mean, just LOOK at my grammar! It’s fallen all into disarray because I am so freaking exciting about the Hogwarts Tag.

P.S. If anyone wants to pay my way to the Wizarding World of Harry Potter, I would love you for the rest of eternity.

Am I a pureblood, half-blood, or muggle born?

Well, my mom’s read and enjoyed all of the Harry Potter books, but my dad’s just like, what is this? So I guess I’m a half-blood.

Which wand chose me?

Evidently cypress wood chooses witches and wizards of nobility, the brave, bold, and self-sacrificing, and those unafraid to address the dark side of themselves. Yeah, that’s totally me. (Not.)

Phoenix feather cores are the rarest cores. They are hard to win over, but once you do have the most versatility. Good. I like a challenge.

An owl sounds cool, but I couldn’t pass up a cat. I don’t know if I would have made the same decision at age 11, but I love my kitty so much! Cats are such good companions, and they make me feel warm and squishy inside. Plus, I’m sure Hogwarts could do with fewer mice.

Where did  the sorting hat put me? 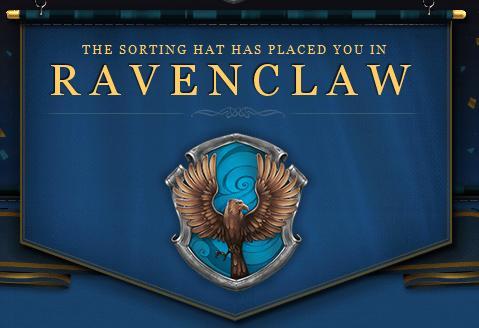 What house did I want to be in?

Um, I’m a book blogger. And a teacher. What house do you think I wanted to be in?

What lessons are my favorite and least favorite?

The form my patronus takes:

That depends who you ask. According to Pottermore it’s a West Highland Terrier. Seriously, a WESTIE? I don’t even like little dogs! Give me a Great Dane any day!

But a bazillion years ago before Pottermore existed, my husband (then boyfriend) and I found a REALLY good online quiz about your American Indian Spirit Animal. I figured that was close enough to patronus, and as I said, the quiz was very good. So since then I’ve always considered my patronus to be a beaver. 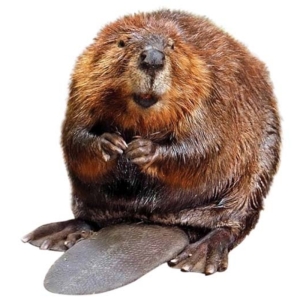 The thing with patronuses though, is you would never really know until you conjure it. A  lot of times they take on the form of something very personal from your subconscious. That’s why I’ve never been much of a fan of patronus quizzes.

Like Ron, I am absolutely terrified of spiders. Unlike Ron, dead spiders pretty much freak me out too. Hands down, no question, my boggart would be Shelob. Or Aragog. Probably my patronus would be Shelob AND Aragog together.

Do I partake in any magical hobbies or school sports?

In the movies (in ONE movie, the worst one) Hogwarts has a choir. I am, in real life, such a big band nerd that I majored in band directing. If Hogwarts had any kind of musical activities, I would have been there. If they didn’t, I probably would have started one. Maybe a Weird Sisters fan club. (More likely a Celestina Warbeck fan club, if we’re being completely honest here.)

Where would I find myself hanging in my free time? 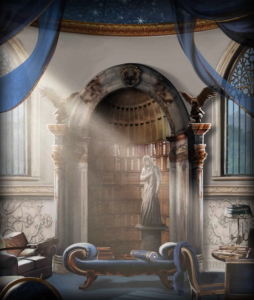 Back in High School I was the kind of kid who was just kind of everywhere with my friends. Not like Fred and George or anything, but everywhere we were supposed to be. Always moving from someone’s house to someone else’s, to whatever restaurant, to hanging out at school. So I guess everywhere. But the Ravenclaw common room would be such an awesome place to hang out with my Ravenclaw friends. And our dorms, chatting about boys while laying on our beds, staring at the top of our four posters.

What would I most likely get detention for?

Snitch, please. I’ve never been in detention in my whole life. I’m even more of a teacher’s pet than Hermione.

What career do I want after leaving Hogwarts?

There are two careers I would be hard pressed to choose between. I think it would be really cool to research and develop new spells. Like, how does that even work? I MUST know! I would also adore apprenticing with Ollivander and making wands. I don’t know, there’s just something so cool about being the person making that beautiful little piece of wood that is going to change some kid’s life! 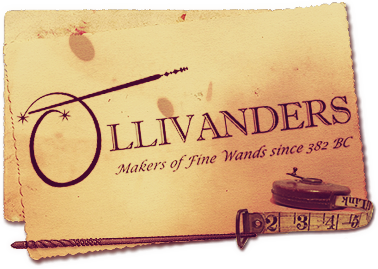 But I don’t think Ollivander really takes apprentices, so probably the other one.

Back when I was first tagged for this I asked twitter which book bloggers love Harry Potter. What I didn’t tell them was that if they liked my post I was tagging them. Mwah ha ha haaaaaaa!!!!!!