By now you all have probably figured out that I prefer “classic” novels to more modern literature. In particular, I find the older versions of monster novels and scary stories to be fascinating. There’s something about where Jekyll and Hyde started that is so interesting, especially when comparing it to what it’s turned into in pop culture today. I also appreciate that they are usually never TOO scary.

So in honor of the month of October, my favorite month, I’m presenting to you my personal favorite creepy classics.

I have made no secret that I am absolutely petrified of vampires because of this book. But only because it is so freaking amazing. In fact, for Calendar Girls this month I made a pretty big deal about how fantastic Dracula is. There’s just something so cool about a book that terrifies you but also gets you to fall in love with the characters. No other vampire novel or movie has ever quite stood up to this one for me, though Buffy gets close.

2. A Picture of Dorian Gray

I originally read Dorian Gray because I loved The Importance of Being Earnest so much. This is one of those books that has been re-told by just about every major cartoon in history, and has changed a lot over time. The story we see now about how Dorian can’t look at his picture or he’ll die, has very little to do with Oscar Wilde’s original novel. Dorian Gray is as sad as it is creepy, and was an interesting warning against being self-centered and selfish. I loved it. 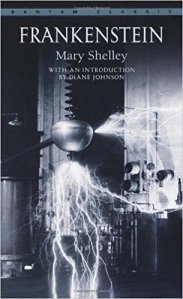 Mary Shelley’s is another classic monster story that’s changed a lot over time. I can’t tell you how frustrated I get every time I see the monster named Frankenstein. So wrong. What I particularly loved about this one was its insight on what it means to be human. There’s something profound about a monster understanding humanity better than his creator.

4. The Hound of the Baskervilles 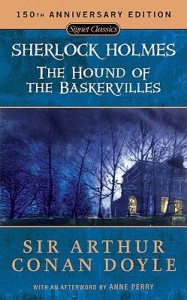 As I mentioned in a post last week, I love how this Sherlock novel has kind of a campy feel. However, some of the creepiness still manages to seep in. Especially because, compared to most Sherlock novels, this one actually sticks to the mystery genre very well. The whole time I was just trying to figure out who did it, and I couldn’t! The Hound of the Baskervilles has translated excellently in modern renditions too. BBC’s Sherlock scares me so badly that I won’t watch it. Too many nightmares.

One of my favorite Shakespeare plays, and certainly one of the most quotable. I love the opening with the witches. I love watching Lady Macbeth lose her sanity. I love the superstition surrounding it in the theatre. I would love to go see The Scottish Play live someday. Man, that would be cool.

6. Agatha Christie
In particular I’m thinking And Then There Were None, or possibly Murder on the Orient Express. I’m assuming I would have these on the list if I had ever read any. Setting about rectifying that problem today!

7. Jane Eyre
I personally don’t find Jane Eyre particularly creepy, aside from the opening sequence in the red room. But I’ve often heard the Bronte sisters’ books described as “dark”. Personally I would use the word “brooding”, but since Jane Eyre is one of my all-time favorites, I figured I’d better at least mention it.